1. A Comprehensive Approach to Gender in Operations

An international course for middle management civilian and military professionals

Resolution 1325 and following resolutions on Women, Peace and Security. 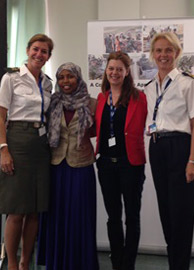 With the shift from international to local conflicts in the last decades we see a clear rise of gender based violence against the civilian population by combatants. Commanders in operations increasingly have to deal with gender based attacks specifically targeting woman and girls, but also men and boys. To effectively deal with this aspect of modern conflicts it’s important to understand how gender differences are perceived locally, where these differences can or are abused in a conflict and how to create a safe and secure situation for all persons, independent of gender. This aspect needs to be fully integrated in operations, from the planning phase till the end of the mission.

An effective implementation of both a comprehensive approach and a gender approach calls for an open attitude towards interacting with the people engaged in the conflict and affected by the conflict. The comprehensive approach is also about breaking the (perceived) barriers between participants in a course on gender in international missions and operations. Why? Because it is a must to be able to work as an effective and united team. A team that consists of military and civilians, and that makes use of their broad range of skills and expertise. A mission in which all personnel can count on each other, and can act against the systemic violation of human rights. A team that will act and never look away. 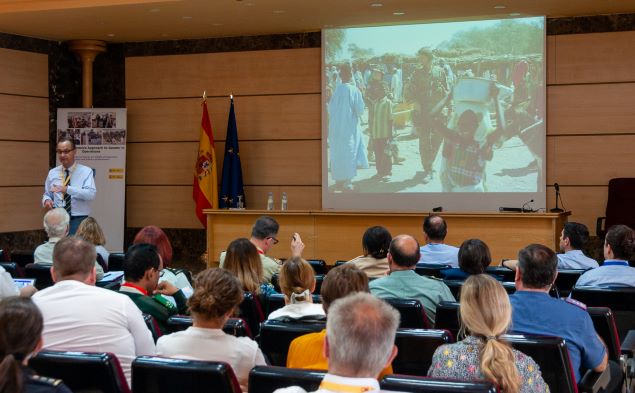 “A Comprehensive Approach to Gender in Operations” is a one week (5 days) course under the aegis of the European Security and Defence College (ESDC Web Site). It is based on the comprehensive approach to integrated missions and crisis management, and builds on synergies between Defence, diplomacy and development with regards to gender and human rights aspects. The course aims for participants to:
Recognize the different impact of conflicts on men and women, as well as opportunities and challenges for women to participate equally in conflict resolution, crisis management and reconstruction, and to translate this to operational planning and implementation.

Promote the necessity to distinct the diverse security needs and perspectives of the local male and female population in a mission area as an essential element for increasing operational effectiveness and improving the overall security situation; 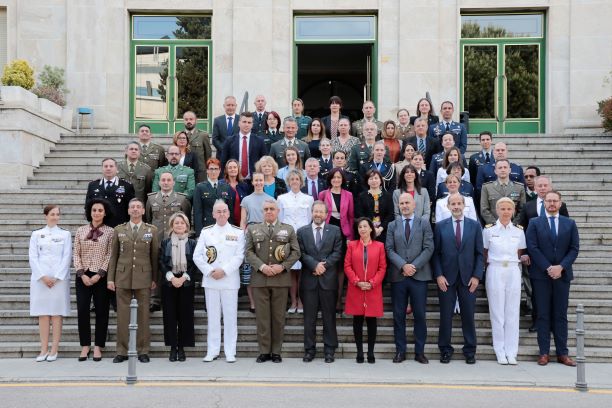 Since 2011, more than 1000 military and civilian participants from over 50 countries and from various international organizations have taken this innovative course. If each and every one of these participants has taken just as little as one remark, one moment, one story that touched them and put this in practice in their daily work, and the decisions they make, then we have reached our goal, and created 1020 new change agents who will never look away!

The courses are foreseen on the following dates:

2." The Gender Perspective in Peace Support Operations: A comprehensive approach" 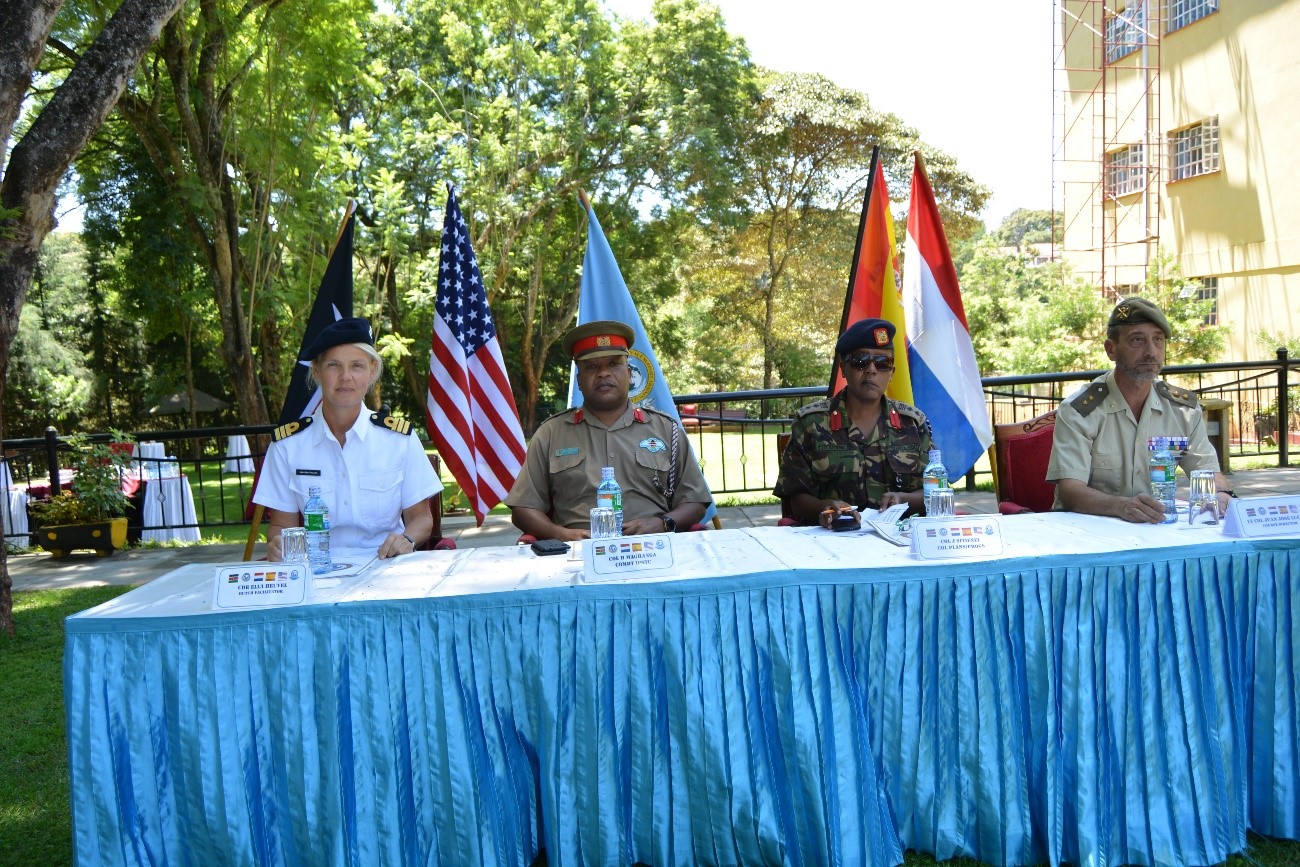 The course “The Gender Perspective in Peace Support Operations: A comprehensive approach” is organized by the Ministries of Foreign Affairs and Defence of Spain and the Netherlands every six months in Nairobi, in collaboration with the US African Command (AFRICOM) and hosted by the International Peace Support Training Centre (IPSTC).

The course is primarily aimed at middle management military officials and civilians, including police, from African members of the U.S. Global Peace Operations Initiative (GPOI) partnered nations.
This course provides training to peacekeepers on “gender mainstreaming” in peacekeeping operations, which has emerged as a critical aspect of UN Department of Peace Operations policies, guidance notes, guidelines, and strategies. 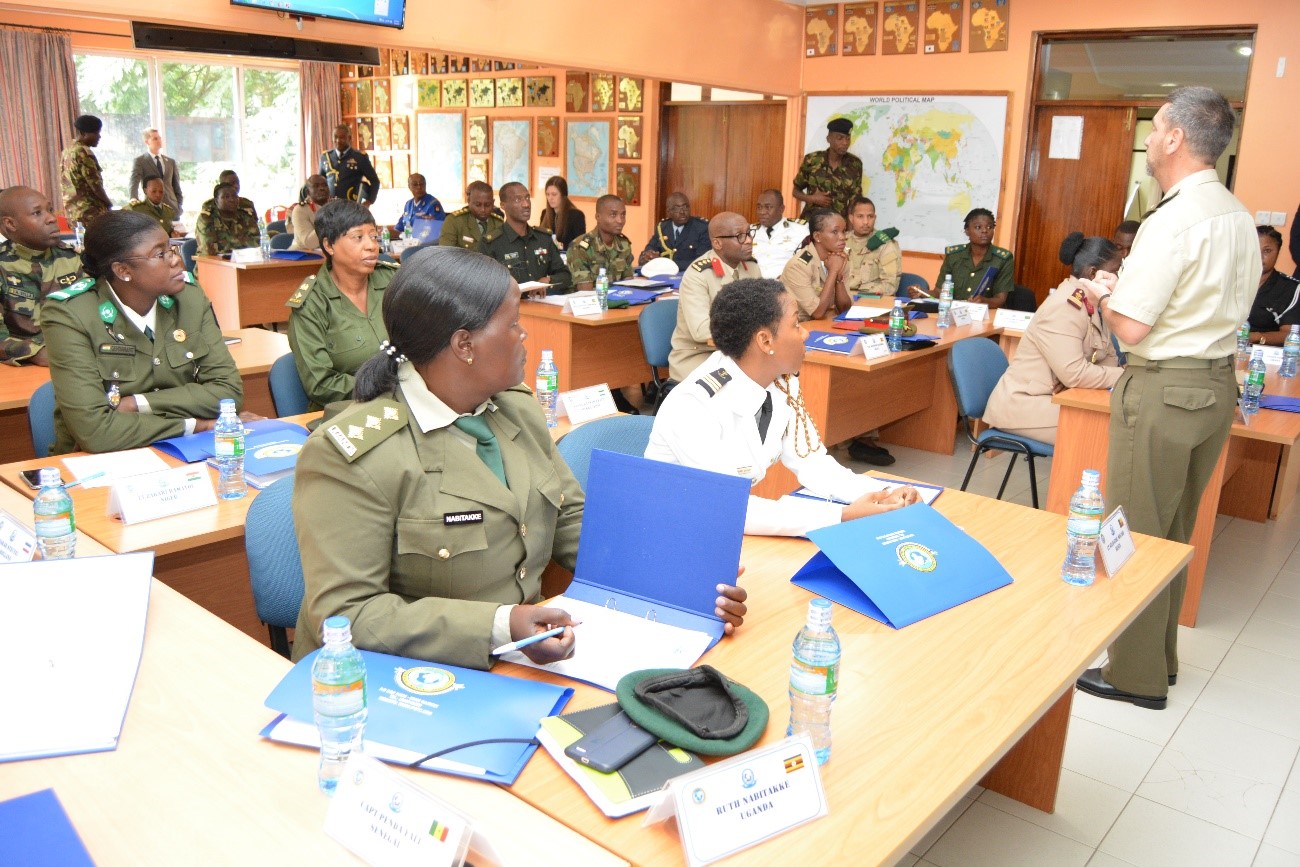 Women and men experience conflict differently and therefore understand peace differently. Recognizing and integrating these differences—known as gender perspectives—into all aspects of UN peace operations, is essential for the success of the UN’s efforts. Course participants will be provided the tools to ensure that gender perspectives are integrated into all elements of peacekeeping operations (including Security Sector Reform; Disarmament, Demobilization and Reintegration; Police; Military; Elections) from initial planning through evaluation.

There have been 13 editions so far in which more than 460 participants from 26 different countries have participated. 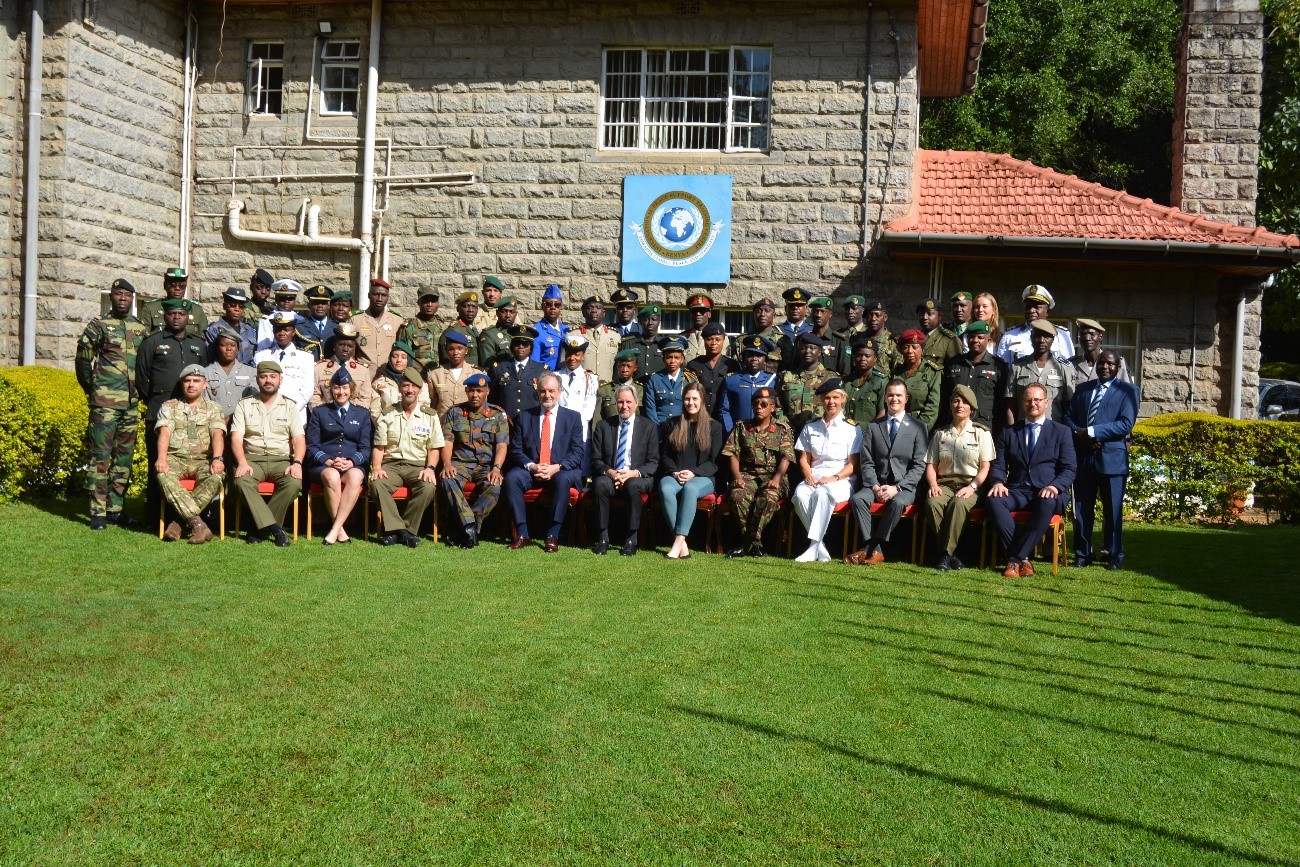 In 2022, the courses are foreseen on the following dates:

The EU Military Committee has appointed the Ministry of Defence of Spain as EU Gender Military Training Discipline Leader for Common Security and Defence Policy (CSDP) missions and operations. A Training Analysis Requirement (TRA) has been done to analyze the current situation in this field across the European Union Structures to look into whether the education and training are the most appropriate or must they be enhanced.
The TRA aim is to know the current situation of the gender training in the Armed Forces of the EU Member States prior to be deployed in a CSDP Missions or Operation. To detect gender training lack or shortfalls. To map the training possibilities and to give guidance or directions to Member States Armed Forces to train their military personnel during the Pre Deployment Training phase or In-mission Training. The methodology used has been quite diverse. On the one hand, a survey was undertaken to collect information from different sources. Two questionnaires were prepared and agreed with the European External Action Service (EEAS) and other institution’s stakeholders. The survey was carried out among the EU Member States, the training and education centers and the CSDP missions and operations gender advisors or representatives and part of the staff. 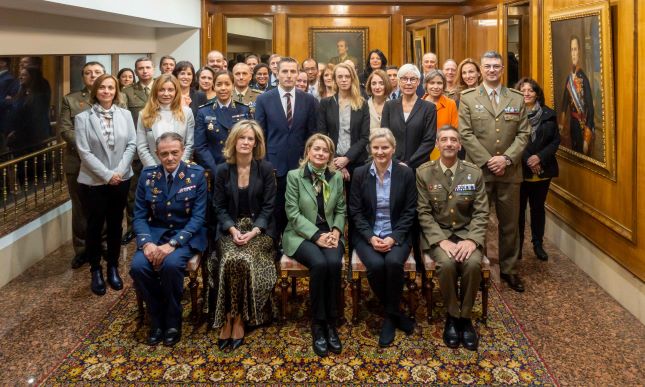 On the other hand, a second source of information was provided through the organization and participation in seminars, workshops, meetings and other events and to gather experienced personnel in areas such as training, operations or gender to enhance the knowledge of the topic. Another baseline for the definition of the curricula has been the wide number of documents about gender mainstreaming published all over the world, and especially those issued by training and education centers. 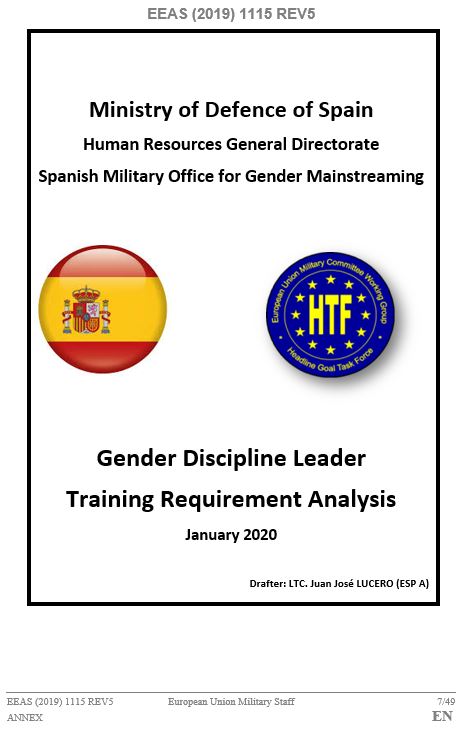 Although the TRA falls under the European Union Military Training Group (EUMTG), the study also provides information regarding the training of the of the civilian CSDP missions staff.

In the different annexes of the document, is widely explained the findings of the survey.

Three curricula have been prepared according with the needs and responsibilities of the proposed target audience and their relationship with gender mainstreaming.

The first curriculum is oriented to Gender Advisors and Gender Focal Points. It is likely recommended that Staff Officers, Planners and, in summary, all the deployed staff directly related to gender mainstreaming or decision makers follow this training. The main aim of the training is to provide knowledge to incorporate the gender perspective in all the phases of an operation, from the planning to the conduction and the evaluation.

The second curriculum is oriented to Force Commanders and Key Leaders. It also can be done by Staff Officers and/or Planners if they are not included in the first type of training. The main aim of the training is to become Gender Sensitive Leaders by knowing all aspects of gender mainstreaming. Second aim is to be aware that the implementation of the Gender Perspective in an Operation or Mission enhance the operational efficiency.

The third curriculum is oriented from enlisted personnel up to Platoon Leaders and all the deployed staff that do not have tasks directly related to gender. This is, all those who only need to know basic concepts and how to deal with the gender mainstreaming.

The Gender Discipline Leader has prepared a set of presentations for the Key leaders and Basic Curricula that EUMS has distributed among EU Member States and different EU Bodies. This allows to fill the training gaps in the subjects related in the TRA regarding the two referred curricula. 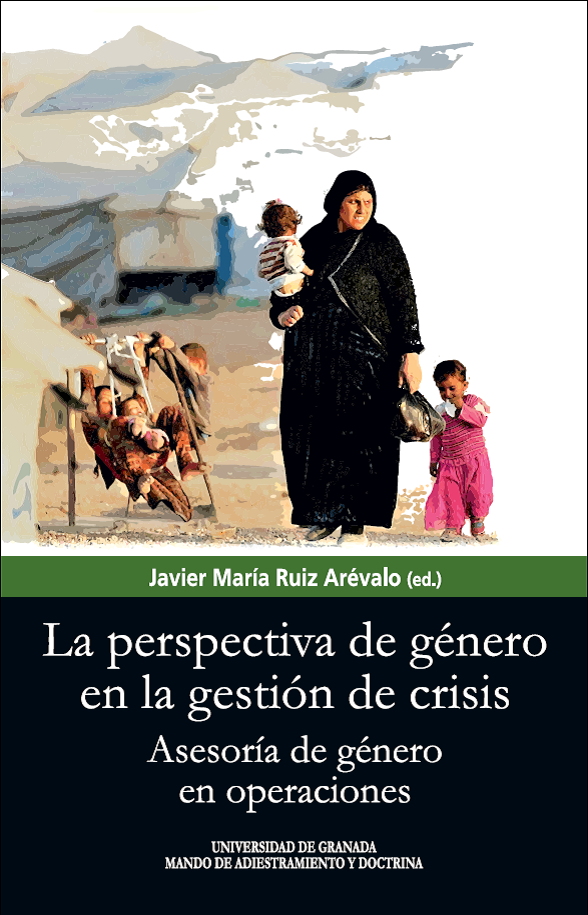 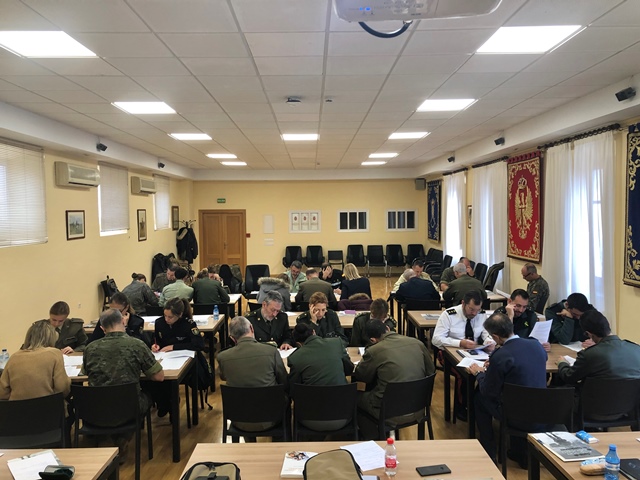